How Do I Write a Problem-and-Solution Essay?

How Do I Write a Persuasive Essay? Part Two

How Do I Write a Persuasive Essay?

The Persuasive or Argumentative Essay

Persuasion is a skill. To write persuasively, you need the following:

Where there is no disagreement, persuasion has no place. Your objective is to persuade people who are in opposition as well as those who are neutral; therefore, your choice of subject has to allow for the existence of opposing viewpoints. If you choose to write about murder being wrong, you will not find opposition–the universal consensus is that it is wrong. However, if you elect to write on abortion, you will find two major points of view standing in opposition.

Getting to know your opponent

While you should have a clear personal conviction and commitment to one position and a good knowledge of it, you must also know the other side well. This will require research in which you take an objective look at what the opposition has to say as you consult their authoritative sources.

When you quote any source in your writing, be sure to quote accurately and also clearly identify the source (author, title of the work, place of publication, publisher, date of publication, page reference). There is no excuse for not quoting accurately or for not identifying your sources.

Having a thorough understanding of all the positions will enable you to produce valid reasons for one position and against another. When you state these reasons, present them in the order of good to strongest. Reserve the most convincing argument for and against the positions for the end in order to leave your readers in no doubt about the differences and the need to make a decision.

Keep a balance too: If you have four reasons for one position, you should have four reasons against the other position or positions. Also try your best to achieve a logical flow in your argument by letting one point lead easily and obviously to another.

Each of your reasons or arguments will be strengthened by including specific examples, facts, statistics, and case studies. These can be derived from your research.

As you write your persuasive essay, while it is for your instructor to read and grade, think beyond the classroom or lecture room to a broader readership. Write for them, the people out there who are concerned about the issues you are raising. Bear in mind that there will be many who will be hard to persuade, and they need to be convinced. Respect for them as people who are entitled to their viewpoint is necessary.

Do not be tempted to write in such a way that you resort to what are called ad hominems. That is the Latin for “to the man” meaning that you are attacking the man. In persuasive writing and in debate, you do not attack the person. You do not enter into name-calling or verbal abuse. Respect the person. Attack the argument. 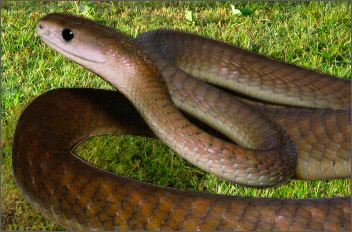 I recall a story of an incident in a session of parliament in South Africa years ago–whether true or made-up, I don’t know, but it humorously illustrates the point of what should not be done: After a long day of disagreement, one politician decided that he had had quite enough of the ranting of a member of the opposition.

Getting to his feet, he pointed to the opposing member and announced, “The Member of Parliament for Naboomspruit is a snake in the grass!” Immediately, he was ordered by the Speaker of the House to withdraw his remark. Getting to his feet once again, he calmly apologized and said, “The mamba of Parliament for Naboomspruit is not a snake in the grass!”

Let’s leave the ad hominems and abusive ad hominems to the politicians. As you write, present good, and well-researched arguments with respect for all the people involved.

In the second part of this article, we’ll look at what should be done in the introduction, the body, and the conclusion, and you will find this relevant also to research papers, term papers, and theses or dissertations.

What is your experience with persuasive essays? Do you have any useful insights? What are your particular struggles? Are there any examples from history of respect shown by opponents to each other in the course of spoken or written debate? Your comments, observations, and questions are welcome.

Here are more articles to help you with English words, grammar, and essay writing.

Comments have been disabled.

In the tab bar, click on ESSAY WRITING, GRAMMAR, WORDS, and SELF HELP for links to all the articles on this website and to related items on other websites.

How to use Son of Citation Machine

How’s Your Logic? Play This Game

Don't Fallacy Me: Don't Fallacy Me is a free, collaborative, multiplayer mind game! It provides an example, and you select the clearest logical fallacy. A fallacy is, very generally, an error in reasoning. This differs from a factual error, which is simply being wrong about the facts.